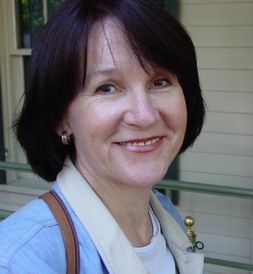 Head of the Solar Physics and the Solar System Department, CrAO, Dr. Sci. (physics and mathematics).

Scientific publications are devoted to solar physics. V.I. Abramenko authored more than 200 publications, 84 of them were published in the referred scientific journals. The citation index is 1630 and the h-index is 25.

During 1986–1993 V.I. Abramenko in collaboration with S.I. Gopasyuk, M.B. Ogir and V.B. Yurchyshyn elaborated an approach to study electric currents in the solar atmosphere. The approach allowed studying dynamics and flaring productivity of active regions via exploring electric currents systems. The method turned to be very effective and now is extensively continued by solar physics community in Russia and abroad.

In 1995 V.I. Abramenko spent a half-year at the Huairou Solar Observing Station in China. During this time period she elaborated a method to derive the electric current helicity from magnetograms of active regions. Her first statistical results were published in 1996, and her method became a basis for broad investigation of current helicity by other research teams. This field of research is continued today and the results serve as a criterion for solar dynamo modeling.

Since 1998 V.I. Abramenko has been studying fractal nature of the solar magnetic field and connected problems such as: Self-Organized Criticality, solar flare forecast, turbulent and multifractal properties of the solar magnetic field. The proposed flare forecast method on the basis of turbulent characteristics of the magnetic field found further elaboration by colleagues. Her publications and oral presentations at international solar physics meetings motivated the solar community to explore problems of intrinsic connection between large-scale and small-scale processes on the Sun, a role of the turbulent dynamo in the solar magnetism. In 2009–2013 she participates in observations with the 1.6 m New Solar Telescope at Big Bear Solar Observatory, USA. In collaboration with V.B. Yurchyshyn and a team of American astronomers, she found that the minimum size of magnetic elements is less than 80 km and is not reached yet; magnetic flux dispersion occurs in the turbulent regime of super-diffusivity; on scales less than 600 km a multifractal subset of minigranules is observed.

Some results obtained by V.I. Abramenko are included in a textbook Cosmic Elelectrodynamics by G. Fleishman and I. Toptygin (2013); in a monograph on Solar-type stars published by R. Gershberg (2015).